Team services is a group of additional benefits that general managers and coaches can acquire for their teams. These services come in a wide range of flavours from nice to haves all the way across to almost necessities (for some teams). Services can be acquired by any team during the off-season and operate under the auspices of each individual service offered.  Each season you must pay to use the service again but you DON’T have to buy stuff if you already have it on the team, eg cheerleaders, coaches etc.

Blitz! is a dangerous place (for a players), and often players find themselves in need of medical attention that goes beyond the scope of what on-field apothecaries can handle. Medical Insurance can be purchased a la carte by teams to supplement their medical needs come the end of the season by ensuring a team is healthy and ready to play in the upcoming season.

Teams will pay a premium each season when they acquire Medical Insurance (during Draft Week). Based on the premium paid, teams will have access to medical care up to the coverage amount purchased. This medical care will cover players in the upcoming season from injury.

How it works: Teams can have any combination of players who’s salary does not exceed the coverage purchased, healed of their injuries they gained during the season after paying their deductible.

Example: A team purchases $200,000 worth of coverage for $130,000 in premium. During the season the same team has three players suffer injuries. The combined salaries of those players is $250,000. The team must now choose which two players it will submit a medical claim on (since they only purchased $200,000 in coverage and the combined total of players salaries is above the coverage amount). Player 1 has a salary of $110,000 and Player 2 has a salary of $80,000 ($190,000 total). The team must now pay its deductible of 5% of the total salary: $9,500. Once this is paid, the two players are cured of their injuries and returned to full health.

Some players need personal attention to get them where their coaching staff wants them to be. Sometimes, other players just need a little extra help coming back from an injury or that little boost to get them to the next level.

The call for fast healing and resurrecting the dead has long been seeked in Blood Bowl.  Well after many trials and failed attempts the might school of the Necromancer has finally pulled through with the break out to this.  With the funding of Blitz they have successfully created 2 powerful positions that can help temporally heal or even restore life even if its only for 1 season.  Disclaimer- Blitz has and or no knowledge of how these positions are created and therefor have no connect to any reaction or side effects from said positions.

Running a team can be expensive, and inflation is not helping out. The Bank of Altdorf may be able to help the cash strapped team in their time of need. Bank of Altdorf savings accounts makes it easy to save for your teams future!

A goblin spy is bribed to infiltrate a rival team of your choice and finds out their sponsor choice before the deadline.

Coaches that take this service will have 24 hours after the sponsor deadline to receive the information and potentially change their own sponsor.

Anyone planning on using this service must inform a Blitz Official.

Note: Must be taken before the Sponsors are announced 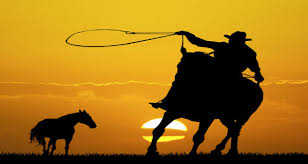 During the draft a team that has been dealing with The Rancher team service may draft a player of their choice from either their own Ranch team or another’s Ranch team. This draft MUST use the drafting table below for drafting a player from using the rancher service.

To draft from a Ranch team that is not your own, terms must be agreed upon by both GMs for said player. This may involve payment and would be submitted as a Trade Ticket (during the trade window but prior to the draft).

A player drafted in this way joins the league as normal and, if released, joins the Free Agent pool.

Note: Must be taken before the Main Draft (48 hours before)

You can buy Cheerleaders to increase the amount of money you receive from season payments.

This payment is capped at 500k and paid out at the end of the season.

Note:  You do not have to re buy cheerleaders each season unless you drop them and want to re hire them.

For example, the Macon Money’s minor league team are the Loco Pandas. Nearly every Blitz! player has started their career on a minor league team. Players start low and work their way up to the big teams. It is common for players to get called up to the Blitz! teams and then sent back down several times, especially when young or first breaking into Blitz!

How it works: Every Blitz! team is entitled to have one minor league team. Naming conventions follow the same criteria as the main league teams. Minor League Teams are notional, that is they don’t exist in-game. They exist here on the Blitz! website. The offer a way for coaches and GMs to manage their teams better by providing a place for extra players to develop or rest and recoup from injuries.

Note: Must be taken before the audit phase (unless your drafting players to go to the MLT)

Before the start of each season a team can pay a BSA to keep an eye on the Minor Leagues for future stars. During the season, prior to Week 7, a team may add any rookie positional to their team (as long as they have the in-game gold).

Assistant coaches may NOT be added during the season.

Your franchise goes out into the community to identify youngsters with potential. But you never quite know if they’ll make the transition to the big time.

Note:  Teams may note use perks on these players that they have after they are created.  They come to the season as they were made.  After the players first season they are a normal player and may receive new levels, perk bonuses etc.

The Youth Team is only available to Players with NO Mutation Access.

Team service can be acquired during Registration Week. In each season that the Youth Team is active (INCLUDING the season it is acquired), between the Drop Phase and Draft Periods, your scouts go to work.

The Youth Player MUST then join the team IN ADDITION to the 5 kept players, before the draft.

Youth Player costs 30% less on their salaries to reflect their inexperience on the field.  After the first season, your Youth Player will become a Senior Player and his contract will still be 30% off but he/she will have to be one of your 5 kept players to continue on the team. The player can also be dropped to Free Agency at this point.  You may have more the one Youth Player on the team getting the 30% discount.

Mutation Nation Player Services offers you wonderful crazy Mutation Masterpieces each season and every future season of Blitz. With a subscription rate of just 50k, we can deliver you a superstar that can help you win more games, more money and have more fun.

Note:  Teams may note use perks on these players that they have after they are created.  They come to the season as they were made.  After the players first season they are a normal player and may receive new levels, perk bonuses etc.

Mutation Nation is only available to Players with Mutation Access.

Mutation Nation players salaries cost 30% less to reflect their inexperience on the field.  After the first season, your Mutation Nation player will become a Senior Player and his contract will still be 30% off but he/she will have to be one of your 5 kept players to continue on the team. The player can also be dropped to Free Agency at this point.  You may have more the one Mutation Nation on the team getting the 30% discount.

Regardless of whether you are happy or not with your creation you MUST take the player for that season. No ifs, no buts, that’s the gamble. But here at Mutation Nation we are confident you won’t be sorry.  We only create the best here.

Mutation Nation will keep track of all their creations and each creation will have MN at the end of their names plus a number that tells us how many players were created before them. This also helps Mutation Nation to pay out the correct discounted salaries for those who keep loyal to their Company.

Okay, so you want to know how your new superstar is created? Well, with everything, there are always random elements and risks when you cut different body parts from one body and add them to a different one, but Mutation Nation are confident that, with our experienced Mad Scientists in charge, you will be happy with what you get.

ALL LEVELS WILL BE MUTATION SKILLS ONLY UNLESS YOU PAY FOR THE UPGRADES.

All levels will be rolled randomly and will be mutation skills unless you have paid for the block/wrestle upgrade.  If we get duplicate skills we will re-roll until we get a different skill for your creation.

A vesting player contract is an option afforded to teams with a total budget of $1,500,000 and below.

A vesting option is a contract with a player that allows a player to play for a team for 50% of their asking contract for one season. If the player reaches a certain performance incentive threshold the team can hire them for the next season by paying the remaining 50% of their contract to play for one more season. Subsequent seasons cost full contract price going forward.

Teams may not offer a vesting option contract to the same player more than once.

Teams may only offer ONE vesting option contract per season.

Vested contracts may only be offered when drafting a player or picking them up as a free agent.

The following positions can be offered any of the above Performance Incentives: