The rookie stood there.

He’d been drafted, he could barely believe it… now he was coming down off the high of being in his first Blitz! game. This was a far cry from the marbled halls of N’aashville. He was in the changing room, admittedly rather opulent changing room of the Craftworld Harlequins, heady after tasting their first victory of the season against old friends the Antwerp Owls. Over there sat the talisman, Silvanesti Beardhater, unwrapping his blindfold, to the right of him Hands Omeguy who had done his level best to give the Owlz a chance today patted him on the shoulder as he signalled that Garth should get himself over to the elfwater.

Garth shifted rapidly. He hadn’t shamed himself at all in the match. In fact he’d been pivotal in the second touchdown as he blitzed through to allow the flashy but panicky woodelf, Rudolph Redzone to score.

He was overcome with emotion…

Pride, brotherhood, the excitement to tell all his clan the tale… not to mention a bit of a stirring in the loins as he saw Fluer Cloven tuck into her third snackbox… how did she keep that figure? All this feeling was becoming too much… he was moved to song…

Garth had always been feted in his homeland as a bard of some skill and talent. It appeared that his more worldly teammates… thought differently, still he was sure they’d let him out of the rookie box in time for training against the Transylvanian Terrors. 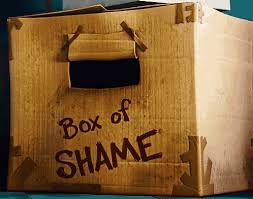